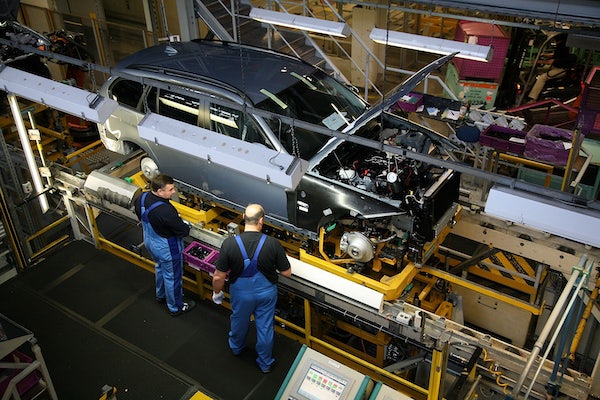 As the president quarrels with America’s G7 allies over tariffs, there are signs that his administration is preparing to open up a new front on the global trade war. Peter Navarro, assistant to the president for trade and manufacturing policy, has penned an op-ed for The New York Times making a strident case for a much more aggressive reprisals against America’s trading partners, including longstanding allies.

Far from backing down from the criticisms the United States is receiving for steel and aluminum tariffs, Navarro argues that “President Trump reserves the right to defend those industries critical to our own national security. To do this, the United States has imposed tariffs on aluminum and steel imports. While critics may question how these metal tariffs can be imposed in the name of national security on allies and neighbors like Canada, they miss the fundamental point: These tariffs are not aimed at any one country. They are a defensive measure to ensure the domestic viability of two of the most important industries necessary for United States military and civilian production at times of crisis so that the United States can defend itself as well as its allies.”

Navarro’s piece is particularly focused on the suppose unfair practices of Germany and its automotive industry. “While the United States tariff on cars made in Germany and elsewhere in the European Union is 2.5 percent, the European Union tariff is four times as high, at 10 percent,” he argues. “No wonder Germany sells us three cars for every one we export to Germany.” Left undiscussed is the fact that the United States has three times the population of Germany.

Navarro’s column is significant in terms of timing (coming during the G7 meeting) and it’s implied message (targeting Germany and other car making nations). With Navarro whispering in Trump’s ear, the world can expect a rocky road ahead as the United States pushes for a wider trade war.