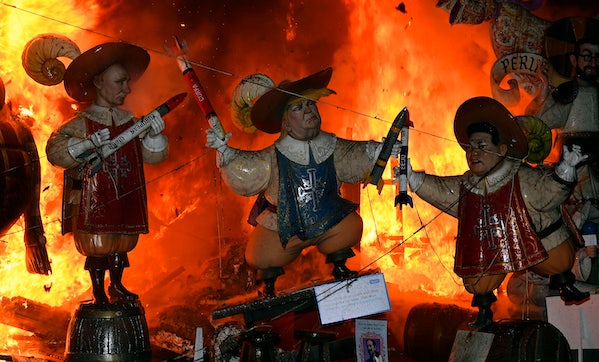 Where is the GOP as Trump trashes alliances?

The G7 debacle, where President Donald Trump ended up alienating America’s allies even as he bizarrely called for Russia to be readmitted into the elite fellowship, raises fundamental questions about America’s global leadership. Since 1945, the United States has been the pillar upholding an international order based on free trade and multilateralism. Under Trump, America has abandoned that stance.

But the problem goes deeper than Trump. As Dartmouth political scientist Brendan Nyhan notes, equally crucial is the reaction of the Republican Party to Trump’s antics.

So far, only a few Republican senators have raised the alarm. These outliers tend to be politicians who are either retiring or, in the case of John McCain, grievously ill.

Trump’s buffoonery is by now so well known it can be dismissed as just Trump being Trump. And it’s tempting for allies to see Trump as a one-off. The best-case scenario is that he’ll only be around for another two to six years, and then replaced by a more normal president. But it’s hard for allies to ignore the fact that the GOP is becoming Trumpized, that it is taking its cue on international relations from a president hostile to the international order. What ensures that the next Republican president won’t be the same?

As historians and political scientists often note, the American commitment to the international order since World War II has rested on a bipartisan elite consensus (which often had to buck the tide of popular opinion that was more protectionist and isolationist). Trump has broken that elite consensus, and it seems like only the Democratic Party is still committed to it.

The question for America’s allies is: What comes after Trump? If he’s the harbinger of the Republican future, then they need to accept that the United States will never again be a reliable partner and friend. Even if America elects a Democratic president that tries to repair the international order, it’ll only be a matter of time before Trump 2.0 takes power.