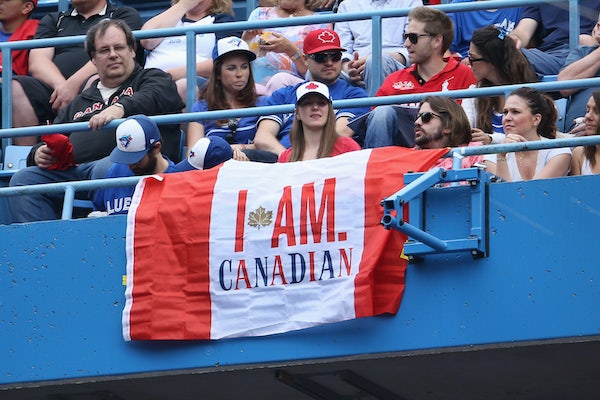 Donald Trump unifies the nation (Canada, that is).

The president’s attack on “the very dishonest & weak” Canadian Prime Minister Justin Trudeau are creating a rift in America’s alliance with its northern ally, but they are having a very different impact inside Canada itself. As reporter Paul Wells of Maclean’s magazine notes, every major political party in Canada from the social democratic New Democratic Party to the pro-business Conservatives agrees with Trudeau’s stance on trade with the United States:

This unity was amply on display on Sunday in tweets from Conservative Party leader Andrew Scheer:

And even Doug Ford, the Progressive Conservative leader who is about to be sworn in as Ontario’s new Premier, made the same point:

Ford’s tweet is significant because he’s a right-wing populist who is about as close to Donald Trump as any Canadian politician can be. But even Ford rallied to Trudeau’s side. All of which suggests that Trump has no allies in Canada who would agree to the trade terms he wants to impose.