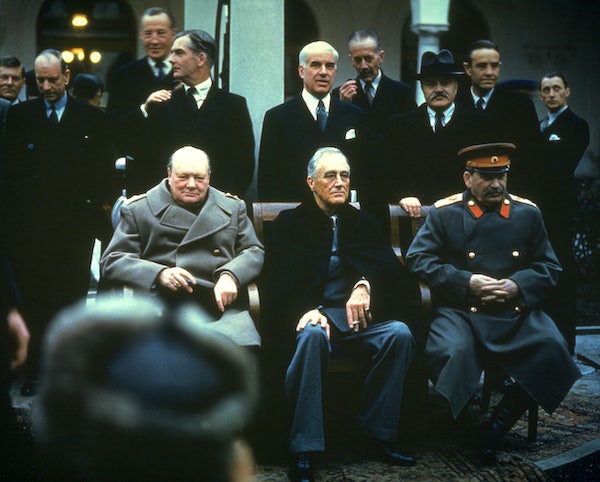 No stranger to hyperbole and the hard sell, President Donald Trump laid it on thick  praising Korean dictator Kim Jong Un in the wake of Singapore summit. Interviewed by Greta Van Susteren on Voice of America, Trump burbled that Kim has “got a great personality. He’s a funny guy, he’s very smart, he’s a great negotiator. He loves his people, not that I’m surprised by that, but he loves his people.”

Trump’s praise for Kim immediately provoked a backlash by those who thought that celebrating a brutal despot was unworthy of an American president:

But are Trump’s comments really so unprecedented? After all, Franklin Roosevelt celebrated Joseph Stalin as “truly representative of the heart and soul of Russia” and a leader who was “thoroughly conversant with the provisions of our Constitution.” Richard Nixon, in a toast on his historic first trip to China, compared Mao Zedong and the communist leadership to George Washington and the other leaders of the American revolution. Ronald Reagan was equally enthusiastic about Rios Montt, the genocidal president of Guatemala. “I know that President Rios Montt is a man of great personal integrity and commitment,” Reagan said in 1982.

If American presidents have a long history of extolling dictators, they’ve at least sometimes done so for good reasons. Stalin, after all, was a necessary ally in defeating Nazi Germany. Nixon’s opening to China helped restore the global balance of power in a turbulent era.

The problem with Trump’s flattery of Kim is the same as Reagan’s acclamation of Montt: a dictator was praised for no good reason. Trump has flattered Kim but gotten little more than a photo op.