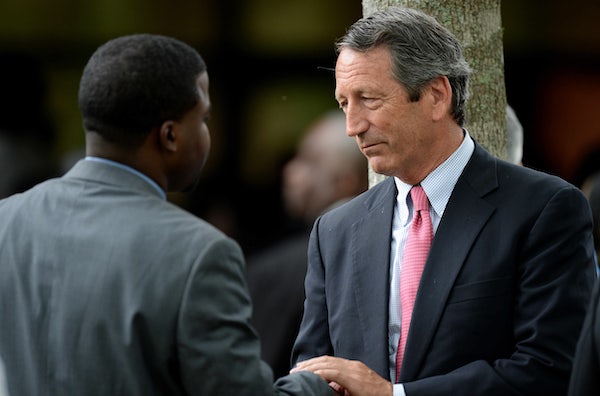 Republican voters have forgiven Sanford for his lies and adultery but they might not be so indulgent of his occasional criticisms of the president. In 2009, Sanford, then Governor of South Carolina, disappeared for a few days. On his return he announced that he had been hiking the Appalachian Trial. In fact, he had been in Argentina visiting his mistress. After a divorce and time in private life, Sanford rebuilt his political career, joining the House of Representatives in 2013.

Sanford has been one of the few Republican lawmakers willing to criticize Donald Trump openly. In 2017, Sanford told Politico that Trump “represents the antithesis, or the undoing, of everything I thought I knew about politics, preparation and life.”

Facing a primary vote Tuesday, Sanford is receiving headwind from Republican voters who see him as a traitor to the president. As The Washington Post reports, Sanford is “discovering how loyalty to the president has become the defining question of Republican politics. His opponent, state legislator Katie Arrington, has made support for Trump the centerpiece of a surging campaign. Some Republicans who backed Sanford in the past have switched teams, citing the Trump factor.”

Trump himself recognizes that keeping Republican lawmakers in line is central to his political future. Just hours before voting ends, Trump himself made it clear that he has little tolerance for any Republican who dares cross him: