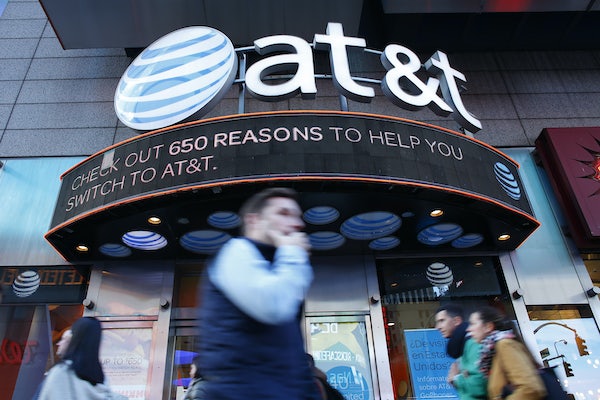 A federal judge in D.C. signed off on AT&T’s planned absorption of Time Warner on Tuesday, rejecting an antitrust effort by the Justice Department that sought to halt the $85 million deal. In addition to reshaping the American media landscape, the ruling could prompt a spree of corporate consolidation in multiple industries.

Judge Richard Leon imposed no conditions on the merger, which is now set to combine AT&T’s dominant position over the nation’s telecommunications infrastructure with Time Warner’s influential media properties. Among them are premium cable networks like HBO, Warner Bros.’ film and publishing arms, and the Turner Broadcasting television network, which includes CNN.

The ruling is a major defeat for federal antitrust regulators. The Justice Department filed a lawsuit to halt the merger last November, warning that consumers would face higher television bills and fewer choices if AT&T simultaneously owned Time Warner’s TV properties and the satellite-television provider DirecTV, which it acquired in 2015.

“We are disappointed with the Court’s decision today,” Makan Delrahim, the Justice Department’s lead antitrust attorney, said in a statement. “We continue to believe that the pay-TV market will be less competitive and less innovative as a result of the proposed merger between AT&T and Time Warner.” The Justice Department did not indicate whether it would appeal Leon’s ruling.

Tuesday’s ruling is expected to accelerate a wave of corporate mergers in the American media landscape and beyond. Comcast, which already absorbed NBC Universal in 2011, is expected to spark a bidding war with Disney for most of 21st Century Fox as soon as this week. Leon’s decision could also bolster the proposed merger between mobile-phone companies T-Mobile and Sprint, as well as the CVS pharmacy chain’s bid to acquire health-insurance giant Aetna.