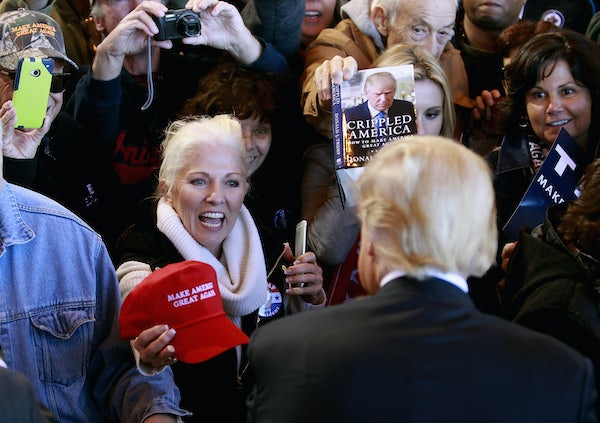 The Republican Party is having a remarkable internal conversation about whether it is turning into a personality cult that has abandoned all principles in order to follow President Donald Trump’s every whim.

Tennessee Senator Bob Corker kicked off the debate on Wednesday in a press scrum. “We’re in a strange place. It’s becoming a cultish thing, isn’t it?” Corker told reporters. “It’s not a good place for any party to have a cult-like situation as it relates to a President that happens to be purportedly of the same party.” Corker has been specifically critical of his party for abandoning the cause of free trade because of Trump’s protectionism, but many more instances can be cited.

Under Trump, Republicans have learned to turn against the FBI, the National Football League, and Canada. Conversely, Republicans are starting to develop a more favorable view of Vladimir Putin and Kanye West. Marco Rubio was recently attacked on Fox News for being critical of Kim Jong Un. If this isn’t cult-like behavior, what is?

Speaking on Fox & Friends on Thursday morning, Donald Trump Jr. offered an original analysis of the debate. “If it’s a cult, it’s because they like what my father is doing,” the president’s son said. In other words, the cult is working just fine.

The central debate, thus, is not whether the GOP is a cult. The real question is whether being a cult is a good thing or not.