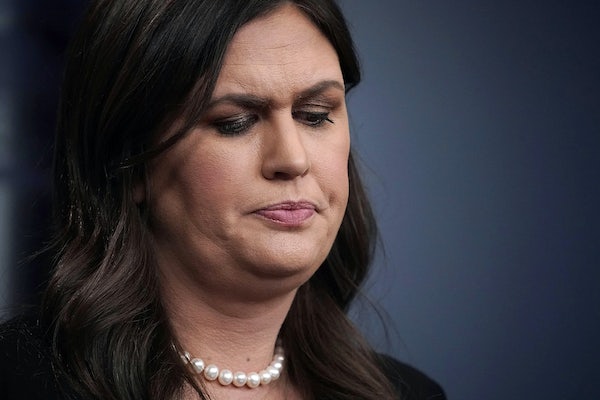 Speaking to law enforcement officers on Thursday, Attorney General Jeff Sessions claimed divine sanction for the Trump administration’s immigration policies. “Persons who violate the law of our nation are subject to prosecution,” Sessions said. “I would cite you to the Apostle Paul and his clear and wise command in Romans 13 to obey the laws of the government because God has ordained them for the purpose of order.”

Later that day during the White House briefing, press secretary Sarah Sanders fended off a question from CNN’s Jim Acosta, who asked where in the Bible it says it is moral to take children away from their mothers. “I can say that it is very biblical to enforce the law,” Sanders responded. “That is actually repeated a number of times throughout the Bible.”

This is troubling on multiple levels. The United States is constitutionally a secular republic, so it is unclear why the Bible is relevant except, perhaps, with reference to the conscience of individuals executing policy.

In any case, the policy of separating border-crossing children and parents isn’t mandated by law but is a discretionary option the Trump administration chose, with a view towards discouraging asylum seekers.

As Yoni Appelbaum of The Atlantic pointed out, the very verses Sessions cited (Romans 13) were frequently cited by antebellum slave-owners to justify obedience for the horrific policy of separating out the families of enslaved peoples:

And of course Romans 13, with its dubious exegetical history, doesn’t exhaust the Bible:

Perhaps the best lesson is that the White House should avoid becoming a seminary.