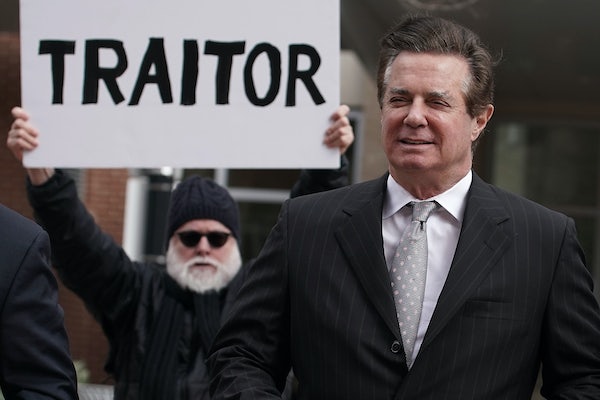 Paul Manafort is going to jail. Will he now flip on Trump?

Prior to Judge Jackson’s orders, Manafort had been under house arrest as he tried to raise the $10 million in bail the court asked for. The decision to jail Manafort rested on evidence presented by Special Counsel Robert Mueller that Manafort and his longtime associate Konstantin Kilimnik, who is suspected of having ties to Russian intelligence, tried to tamper with witnesses in Manafort’s pending legal case.

Reportedly, Trump’s legal team and even the prosecution was taken aback by the court’s decision.:

Manafort has been one of the great hold-outs in the Mueller investigation. Unlike others charged by the special counsel, notably Manafort’s former deputy and former son-in-law Rick Gates, Manafort hasn’t taken a plea deal. The open question now is whether the experience of jail will change his mind.