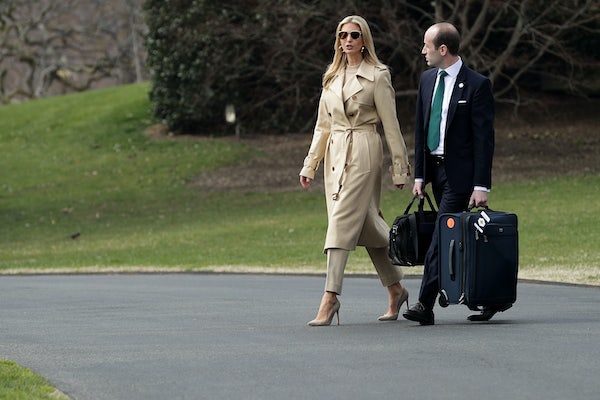 Xenophobia, rather than polling numbers, may best explain this immigration policy.

The White House is standing firm on the policy of separating families at the border despite the fierce backlash it has produced. McKay Coppins of The Atlantic, who has written an extensive profile of the chief architect of the policy Stephen Miller, argues that the motivating force behind the administration’s hard-line stance is politics. “In Miller’s view of the electoral landscape, the president is winning anytime the country is focused on immigration—polls and bad headlines be damned,” Coppins contends.

In a Tuesday morning tweet, Trump seemed to be acting on Miller’s advocacy of making immigration a wedge issue against Democrats:

Trump and Miller might think this is smart politics but The Wall Street Journal’s editorial board strongly disagrees. In a Tuesday editorial they warn that the GOP’s “internal feuding over immigration that is fast becoming an election-year nightmare over separating immigrant children from their parents.” FiveThirtyEight shares this assessment, noting that the family separation policy “is generating widespread opposition, even from people who have traditionally been allies of the president. It has forced the administration to defend an approach that polls terribly and results in images of children in cages and accounts of breastfeeding kids being taken away from their mothers.” FiveThirtyEight then draws the reasonable inference: “It seems like bad politics.”

It’s a mistake, though, to look at the Trump White House’s actions through the narrow prism of electoral politics. Figures like Trump Miller have genuine ideological convictions, which also shape what they think a winning political strategy should be.