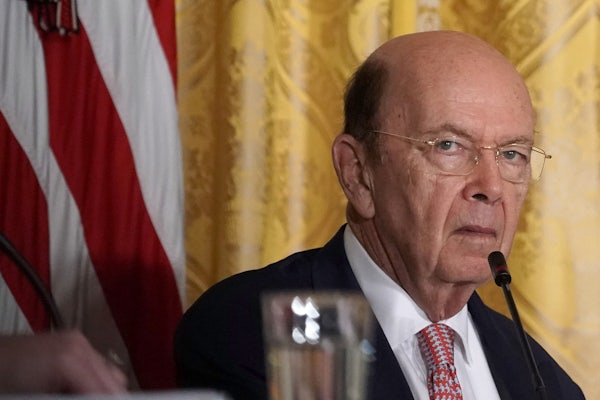 Amid the furor over the family separation policy, new scandals continue surface about President Donald Trump’s cabinet. These stories deserve to be flagged lest they get lost in the avalanche of breaking news that defines the Trump era.

Forbes reports that Commerce Secretary Wilbur Ross, despite promising to divest his holdings continued to in 2017 to have stake “in companies co-owned by the Chinese government, a shipping firm tied to Vladimir Putin’s inner circle, a Cypriot bank reportedly caught up in the Robert Mueller investigation and a huge player in an industry Ross is now investigating. It’s hard to imagine a more radioactive portfolio for a cabinet member.”

Even more remarkably, upon getting word of Forbes investigation, Ross shorted a stock that was likely to sink in value once the report went public. In effect, Ross used pending news of his own dubious investments as an opportunity for insider trading.

Nor is Ross the only cabinet member under a cloud of suspicion. Politico reports that a “foundation established by Interior Secretary Ryan Zinke and headed by his wife is playing a key role in a real-estate deal backed by the chairman of Halliburton, the oil-services giant that stands to benefit from any of the Interior Department’s decisions to open public lands for oil exploration or change standards for drilling.”

Ross and Zinke join the growing list of White House officials, including the President and members of his family, who deserve to be investigated for financial impropriety. Unfortunately, as long as the Republicans control Congress, such investigations are not on the table.