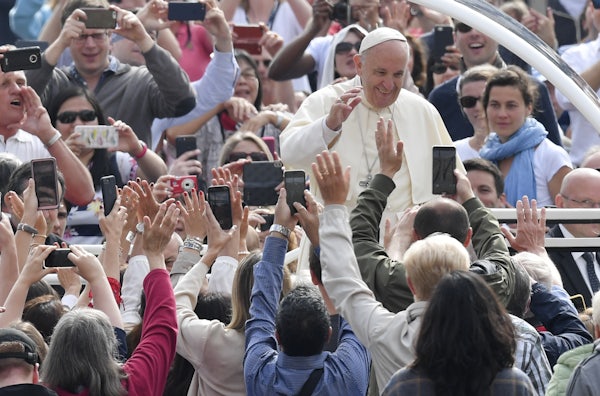 In an interview with Reuters released Wednesday morning, Pope Francis criticized Donald Trump’s policy of separating migrant families, blaming it on populism. The Pope supported the criticisms of Trump made by U.S. Catholic bishops who denounced the policy as “immoral.” He also urged nations to work towards the acceptance and integration of immigrants.

“It’s not easy, but populism is not the solution,” Francis said. He accused populists of “creating psychosis” and said that “populism does not resolve things. What resolves things is acceptance, study, prudence.”

This is not the first time the Pope has targeted populism. In a January interview he decried “populism in the European sense of the word,” which he claimed was embodied by Adolf Hitler who was “elected by his people and then he destroyed his people.”

It is important to keep in mind the Pope’s qualifying  phrase “in the European sense of the word.” In the Western hemisphere, populism has often referred to social movements seeking economic justice such the 19th century Populist Party (whose platform was mainstreamed by William Jennings Bryan), Jesse Jackson’s Rainbow Coalition or more recently the Bernie Sanders campaign. This usage is also often found in Argentina, Pope’s native country.

Francis himself is often described as a populist, given his frequent calls for economic justice and greater lay participation in the church. But the Pope only uses the word populist in a narrow connotation, to refer to right-wing movements that exalt ethnic nationalism while portraying immigrants and elites as hostile alien forces. As Catholic World notes, the Pope is a paradoxically figure, an “anti-populist populist.”

But by adopting the stance of “anti-populist populism” the Pope is ceding an awful lot of ground to reactionary political forces. After all, why should we grant figures like Donald Trump (who received a minority of the vote) their own claim to speak for the people? As I’ve previously argued, Trump and his like-minded xenophobes are more properly seen as the voice of aggrieved privilege, not popular discontent.