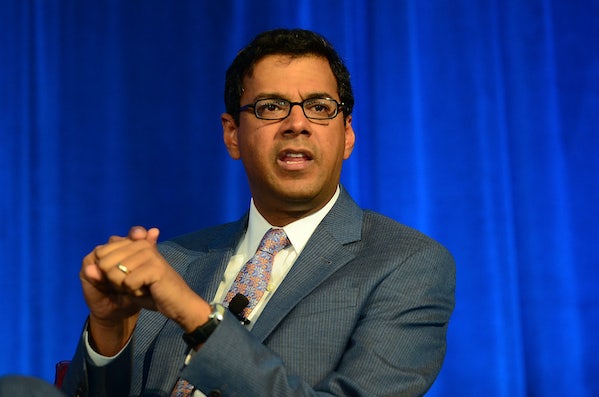 Five months ago, Amazon, Berkshire Hathaway, and JP Morgan Chase announced a new health care partnership aimed at reducing costs and innovating the field without “profit-making incentives and constraints.” On Wednesday, they made their biggest, most public move yet, announcing that surgeon and New Yorker writer Atul Gawande would be heading the company. The author of four books about medicine and ethics, Gawande is an interesting choice to lead an effort overseen by Jeff Bezos, Warren Buffett, and Jamie Dimon—a thinker, rather than a businessman. And in Gawande’s writings—particularly a 2012 New Yorker article that argued that hospitals should look to The Cheesecake Factory for inspiration—there are signs about how this new company will operate.

Gawande argued that the best way for medicine to advance—to lower costs and provide better services—would be to mimic The Cheesecake Factory, which overhauls its menu every six months. The way it works is that change is distributed quickly and evenly throughout the chain; that there is a manager responsible for overseeing every meal prepared under his watch; and that the menu is standardized, with guidelines for each and every item ordered. Gawande said that doctors should similarly embrace “chains and mass production” and largely abandon customization in favor of standardization; that there should be someone at a hospital who is responsible for administering care; and that there should be processes for quickly disseminating advancements, particularly in technology, across hospitals.

This is not, as anyone who has spent time in a hospital knows, how things are done in most places. But it’s not exactly novel either. Hospitals, like the Cleveland Clinic, have already embraced many of Gawande’s Cheesecake Factory items, and have made fixed price deals with corporations like Lowe’s and Walmart, standardizing certain procedures. Still, his choice as CEO gives us a glimpse, at last, of what the Amazon-Berkshire Hathaway-JPMorgan health care initiative will look like.