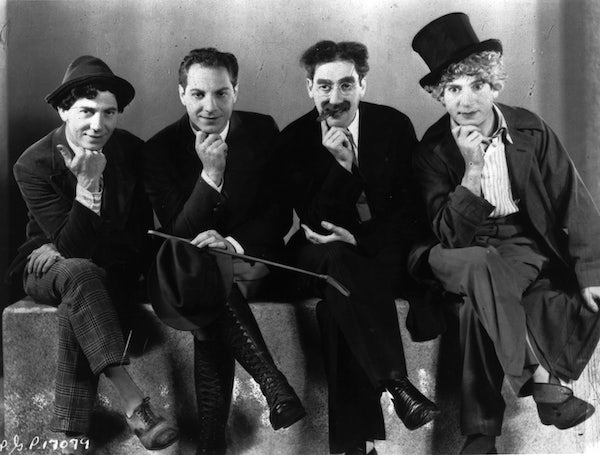 Stanley Cavell was a philosopher with style.

It’s no insult to the late Stanley Cavell, whose death at age 91 was announced on Tuesday, that he was the rare philosopher who was read as much for his prose as for his ideas. Although Cavell had all the right academic credentials -- he taught at Harvard for many years and was a distinguished advocate for the “ordinary language philosophy” of J.L. Austin -- his books were written with an eccentric, sometimes maddening, elan. Cavell’s sentences were alive with allusions in hectic smart-alecky self-mocking prose that seem closer in spirit to a Marx Brothers movie than a philosophic tome.

Cavell, as it happens, loved the Marx Brothers, as he generally did Golden Age Hollywood, particular in its screwball mode. In one of his most accessible books, Pursuit of Happiness (1981), Cavell analyzed the ditzy rom-coms of the 1930s and 1940s as “comedies of remarriage” that showed that love isn’t just a one time starburst moment but a matter of learning to live with other people over time.

Writing in 1994 in the London Review of Books, Cavell made the case for the philosophical resonance of the Marx Brothers:

Intention, or the desperate demand for interpretation, is gaudily acknowledged in such turns as Chico’s selling Groucho a tip on a horse by selling him a code book, then a master code book to explain the code book, then a guide required by the master code, then a sub-guide supplementary to the guide – a scrupulous union, or onion, of semantic and monetary exchanges and deferrals to warm the coldest contemporary theorist of signs; or as acted out in Chico’s chain of guesses when Harpo, with mounting urgency, charades his message that a woman is going to frame Groucho (both turns in A Day at the Races)

The strange echo-y effect of “union, or onion” is a characteristic Cavell touch.

Cavell once defended Ludwig Wittgenstein’s stylistic eccentricity in terms that easily be used for Cavell himself. “So some of Wittgenstein’s readers are made impatient, as though the fluctuating humility and arrogance of his prose were a matter of style, and style were a matter of pose, so these poses repudiate, not to say undermine, each other,” Cavell wrote in The Claim of Reason (1989). “To me this fluctuation reads as a continuous effort at balance, or longing for it, as to leave a tightrope; it seems an expression of that struggle of despair and hope that I can understand as a motivation to philosophical writing.”

Style, in other words, is the very grunting and groaning of the philosopher wrestling with his or her own thoughts and therefore inseparable from the philosophical act: style is the mind.

In a wonderfully lucid 1989 New Republic review of Cavell’s In Quest of the Ordinary, Richard Rorty paid tribute to Cavell’s as an oddball who had the courage of his eccentricty: “Cavell is among professors of philosophy what Harold Bloom is among the professors of English: the least defended, the gutsiest, the most vulnerable. He sticks his neck out farther than any of the rest of us. Who touches this book touches a fleshly, ambitious, anxious, self-involved, self-doubting mortal.”

Cavell’s voice, now stilled, will live on his books, which will continue to be read not just by philosophers but anyone who hungers for a human voice. In time, he might be remembered not just as the heir to Ludwig Wittgenstein and J.L. Austin, but part of the American tradition of daring misfits, the line of Thoreau, Emerson, Emily Dickinson, Marianne Moore, and Wallace Stevens.