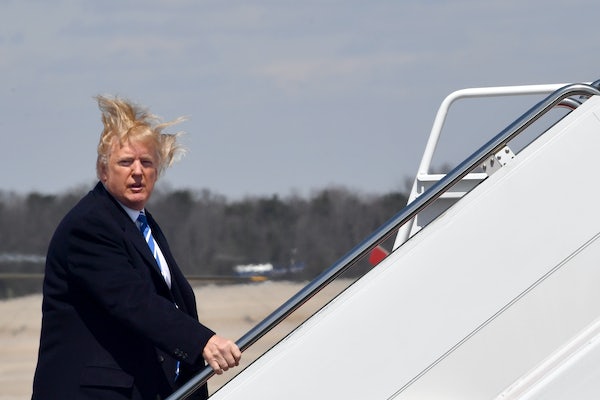 American Airlines, United Airlines, and Frontier Airlines each released statements on Wednesday denouncing the president’s policy of separating migrant kids from their parents and asked the Trump administration not to use their flights to transport migrant kids. “We will not knowingly allow our flights to be used to transport migrant children away from their families,” Frontier said. “We have no desire to be associated with separating families, or worse, to profit from it,” American said. And United said it wants “no part” of Trump’s policy.

The Department of Homeland Security’s press secretary responded to the airlines’ statements with a Twitter thread that accused the airlines of “buckling to a false media narrative,” which “only exacerbates the problems at our border and puts more children at risk from traffickers.”

The airlines’ statements came after several flight attendants shared stories about Immigration and Customs Enforcement using commercial planes to transport migrants. “On board these particular flights were ICE agents and migrant children (approximately four to eleven years old) who had been separated from their families and were being flown to a ‘relocation’ site,” Dallas-based flight attendant Hunt Palmquist recalled in The Houston Chronicle. “Since working the two flights, the images of those helpless children have burned into my psyche. The little children whose faces were full of fear, confusion, sadness and exhaustion left me somewhat traumatized as it occurred to me a few weeks later that I might as well have been a collaborator in their transport.”

Another flight attendant allegedly told Palmquist that he was lied to by an ICE agent, who said the children accompanying him were part of a soccer team. “When pressed, the agent finally admitted that they were, indeed children who were being relocated to assigned camps,” he wrote.