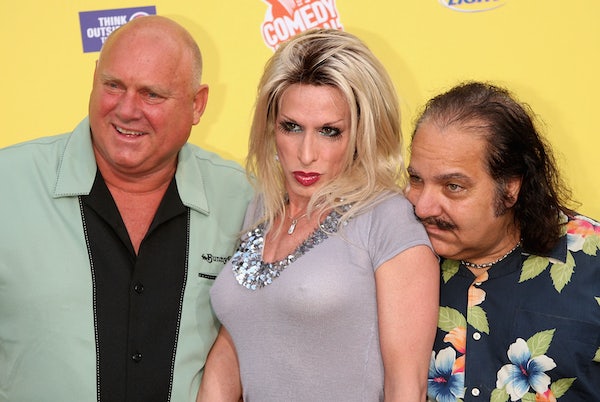 Evangelicals boldly back ex-pimp for state senator in Nevada.

Dennis Hof, owner of a strip club and five brothels as well as author of the book The Art of the Pimp, is on track to becoming a state senator in Nevada, thanks in part to support from evangelicals. Hof won the Republican party’s nomination in a seat that is safely GOP.

Victor Fuentes, an evangelical pastor, is among the holy rollers who are backing the flesh-peddling politician. “People want to know how an evangelical can support a self-proclaimed pimp,” Fuentes told Reuters. “We have politicians, they might speak good words, not sleep with prostitutes, be a good neighbor. But by their decisions, they have evil in their heart. Dennis Hof is not like that.”

Hof himself credits president Donald Trump for opening politics to pimps. “Trump is the trailblazer,” Hof enthuses. “He is the Christopher Columbus of honest politics.” The procurer added that “I’m kind of rich, I’m kind of famous, and I’m surrounded by hot chicks. I don’t give a damn what anybody says about me.” Hof has been accused by multiple women of sexual assault—one claiming he “raped and battered [her] daily.” Hof denies those accusations.

Pimps and preachers might seem to be natural enemies. But as a historical matter they have frequently been united a common patriarchy. Hof’s brothels exist to serve male pleasure, just as many evangelical churches teach that the household must be run at the pleasure of the man. Trump himself has shown that having a Playboy lifestyle is compatible with being the hero to countless white evangelical Christians. Trumpism appeals to those who want to shore up besieged patriarchy, a stance that brings sexual machos and a certain segment of the pious under the same roof.