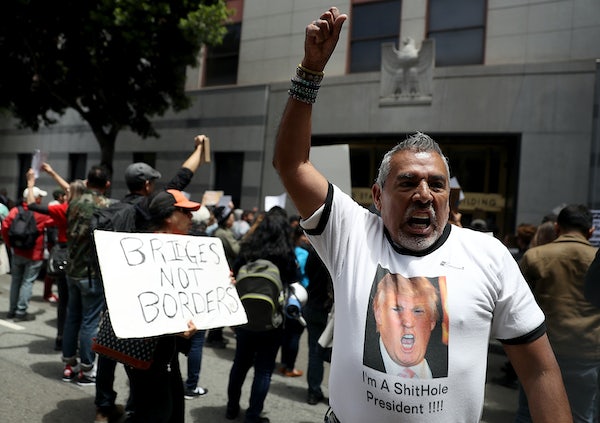 Donald Trump’s tweeting is a major gift to the ACLU.

Forced by public outrage to partially backtrack on his policy of zero-tolerance for border crossers, the president has been trying to figure out other ways to push his nativist agenda. To that end, he’s ramped up his propaganda efforts, on Friday holding a public event to call attention to, in his own words, “the American victims of illegal immigration.” On Sunday the president tweeted:

Aside from the obvious xenophobia and scare-mongering of these tweets, Trump is making an unforced legal error that will be used against him in future court cases. Organizations like the ACLU and legal experts could barely contain themselves from noting that Trump’s call for treating undocumented immigrants as if they had no legal rights is blatantly unconstitutional:

These tweets will almost certainly be used in courts to challenge the Trump administration’s immigration policy, just as earlier Trump tweets on the Muslim ban have been. However effective Trump’s tweets are as propaganda, they also continue to be a self-inflicted legal wound.