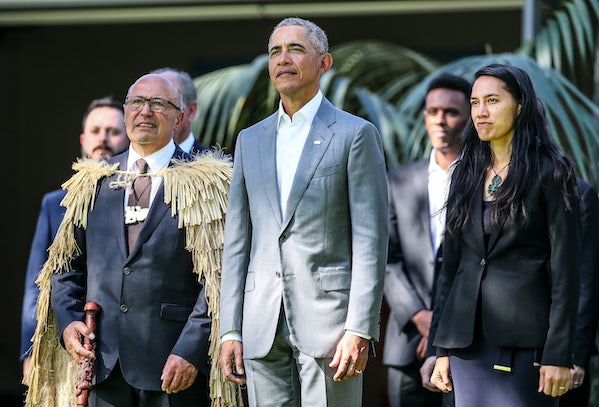 New York magazine has published an in-depth profile by Gabriel Debenedetti revealing the former president is doing exactly what almost all former presidents do. According to Debenedetti, Obama “spends the bulk of his time on two projects, building his foundation and writing a memoir. It’s a familiar vision for a post-presidency and, for now, a return to two activities with which Obama is temperamentally more comfortable than raw politics: organizing and writing.”

“Ex-President works on memoir” might seem like a “sun rises in the east story.” But the addled nature of the Trump era is such that Obama’s decision to follow the well-worn path of earlier presidents has been a fraught choice, one that many Obama supporters disagree with. Given the threat that Trump seems to pose to American democracy, as well as outrages like the family separation policy, shouldn’t a still popular ex-president speak out? Many erstwhile Obama supporters think so.

“I know it isn’t usually done that former presidents weigh in, but these are not usual times, and protocol seems to have vanished,” big-league Democratic Party donor Susie Tompkins Buell told New York. “On the immigration stuff, if he were willing to go way over the line and get arrested, or something way out there, that would be a galvanizing event.”

Obama’s decision to not be the face of the anti-Trump resistance is based on a calculated gamble. Partly, the ex-president thinks he needs to get out of the way so that a new generation of Democratic politicians, ones who can run in 2020 for president as he cannot, can grab the limelight. Also, there’s the awareness that any statement he makes will be instantly polarizing and give Trump a chance to frame the issue as a personal battle, rather than one over policy.

Underwriting the strategy of laying low is a philosophy that Debenedetti describes as Obama’s “long-term optimism about historic progress as well as a confidence that his empathetic approach to governing will ultimately be more successful than dishonest tactics or mean-spirited politics.” That optimism is actually a gamble, a wager that America is so fundamentally strong that it will correct itself even if Obama stays away from the political fray. There’s no way to know if Obama has made the right bet until long after Trump leaves office.