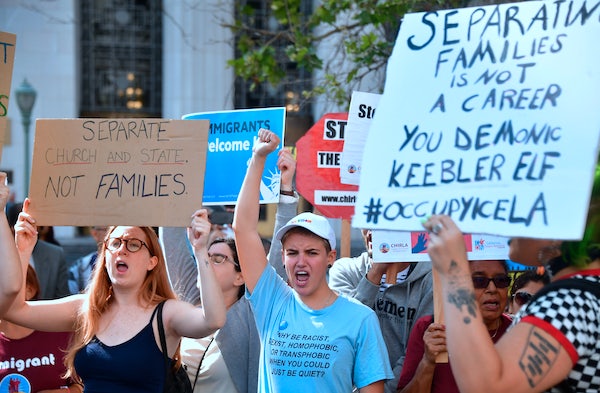 A federal judge orders Trump to reunite the families he has torn apart.

While President Donald Trump signed an executive order halting his zero-tolerance policy for border crossers, the government has been slow to reunite families that were separated by the policy. All that might change quickly thanks to an injunction granted by Judge Dana Sabraw in a class action suit brought by the American Civil Liberties Union on behalf of migrant families.

“A federal judge in San Diego on Tuesday barred the separation of migrant children from their parents and ordered immigration officials to reunify within 30 days families that have been divided as a result of a zero-tolerance policy enforced by the Trump administration until last week,” The Washington Post reported on Tuesday night. “She said all children must be returned to their families within 30 days, while children under 5 must be reunited with parents in half that time. All parents must be entitled to speak with their children within 10 days.”

In her decision, Judge Sabraw curtly observed, “The unfortunate reality is that under the present system, migrant children are not accounted for with the same efficiency and accuracy as property.”

The Trump administration is likely to appeal the decision. If they do so, there is genuine reason to be concerned since the final decision could end up at the Supreme Court, which has just sided with the president in the Muslim ban case. There’s little reason to think the current incarnation of the Supreme Court will be a friendly venue for migrants.