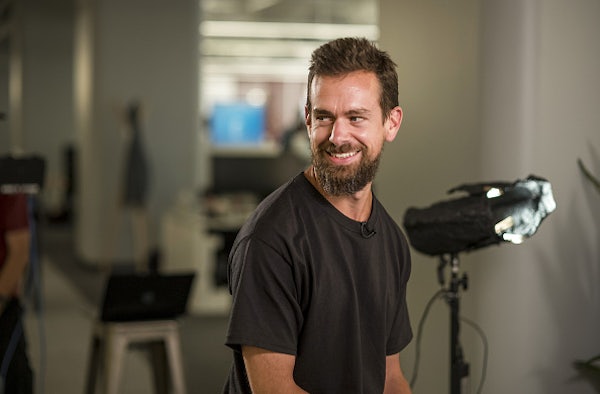 Twitter tries to win the trust of conservatives over secretive dinners.

Jack Dorsey, Twitter’s chief executive, has been hosting dinners with prominent conservatives to convince them of his company’s commitment to ideological diversity. Conservative lawmakers and pundits have criticized Twitter, among other Silicon Valley giants, for alleged liberal bias and a tendency to censor right-leaning posts or advertisements. Per The Washington Post, Dorsey told Twitter employees in a June 7 memo, “It’s no secret that we are largely left leaning, and we all have biases.”

Now Twitter’s trying to make nice. Dorsey has been reaching out to conservatives such as Sean Hannity, Ted Cruz, and Mercedes Schlapp in an attempt to hear out their viewpoints and convince them of Twitter’s neutrality as a platform. People in attendance at one June 19 dinner in Washington, D.C., urged Dorsey to include more positive coverage of conservative politics in Twitter’s “Moments” feature, which displays trending news stories.

These peace-making attempts from Dorsey come months after Facebook CEO Mark Zuckerberg said in a Senate hearing that, though Facebook has no bias, Silicon Valley remains “an extremely left-leaning place.”

Twitter and Facebook are increasingly seen as news outlets instead of social media platforms—allowing conservatives to lump them into the category of “Fake News.” A new Axios/Surveymonkey poll reports that an overwhelming 92 percent of Republicans (compared to 53 percent of Democrats) believe news outlets report fake news knowingly.