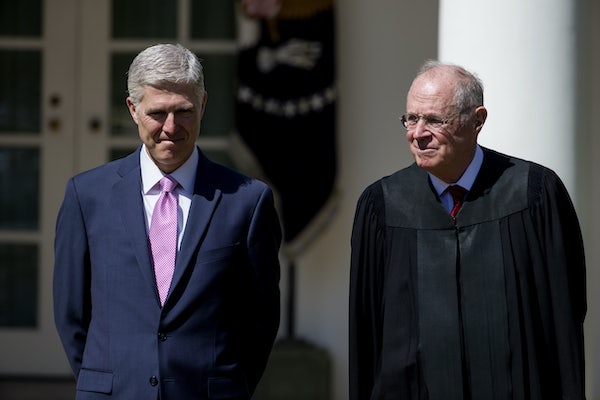 With the announced retirement of Justice Kennedy, long the swing vote in a polarized court, American jurisprudence is on the cusp of a radical change. President Donald Trump now has an opportunity to appoint a successor who could be confirmed by the Senate before the November midterms. Appointed by Ronald Reagan in 1987, Kennedy has been more moderate than the other Republican-picked justices, especially on issues like abortion, racial discrimination, and LGBT rights, where he has on occasion sided with liberal justices.

If Donald Trump is able to appoint a more conservative justice, America could quickly become a very different place for women seeking abortions as well as sexual and ethnic minorities protected by anti-discrimination law.

As Ian Milhiser wrote in ThinkProgress, “thanks to Justice Anthony Kennedy’s decision to hand his seat on the Supreme Court to Trump, the illegitimate president will be one of the most consequential American leaders of the modern era. Roe v. Wade will soon be a memory. Anti-discrimination laws will become shriveled husks. The LGBTQ rights revolution will halt and, most likely, begin to march in reverse.”

It’s unlikely Trump will pick a moderate to replace Kennedy. Trump is beholden to the right-wing base of the party, which he won over by releasing a list of his preferred Supreme Court nominees, all of whom are very conservative.

There are few paths by which a Trump-appointed replacement could be stopped. One is if the more moderate Republican senators like Maine’s Susan Collins balk at Trump’s nomination.