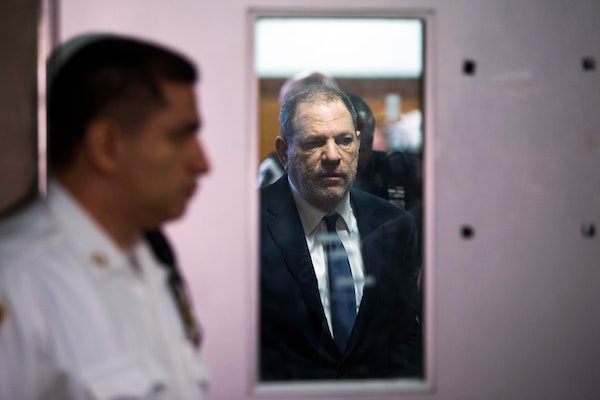 The chances of Harvey Weinstein facing punishment just went up.

ABC News reports that the disgraced producer, already facing charges of assaulting two women, has another criminal case to contend with. “A grand jury has charged Weinstein with an additional count of criminal sexual act in the first degree for a forcible sexual act against a third woman in 2006 as well as two counts of predatory sexual assault, a felony that carries a minimum sentence of 10 years and a maximum sentence of life imprisonment,” according to ABC.

District Attorney Cyrus Vance Jr., who had been criticized for not acting on earlier police investigations of Weinstein, issued a harsh statement. “A Manhattan Grand Jury has now indicted Harvey Weinstein on some of the most serious sexual offenses that exist under New York’s Penal Law,” Vance said. “This indictment is the result of the extraordinary courage exhibited by the survivors who have come forward. Our investigation continues.”

The new charges increase the odds of Weinstein facing justice. But they might be just the tip of his legal troubles. Police departments in Los Angeles, Beverley Hills, and the United Kingdom are investigating other allegations. Further, Weinstein is facing nearly a dozen lawsuits from women alleging harassment or assault.