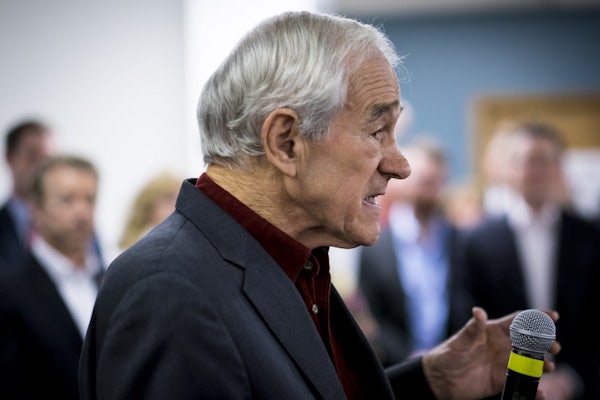 On Monday morning, the Republican congressman tweeted a Ben Garrison cartoon and then quickly deleted it. The deletion was hardly a surprise. The cartoon is virulently racist. It shows four stereotypically drawn men (a hook-nosed Jew, an Asian, a Hispanic, and an African-American) combining to form a single fist and knocking out Uncle Sam. The men are yelling out “CULTURAL MARXISM!” as they do so.

Cultural Marxism, as used by right-wingers like Ron Paul, is the conspiracy theory that modern identity politics is based on the teachings of the Frankfurt School. This theory is in itself anti-Semitic and rests on an absurd fabrication of intellectual history (anti-racism movements have a history that long precedes Marxism and the Frankfurt school theorists were quiescent social critics obsessed with European high culture). The point of the “Cultural Marxism” meme is to blame all the things the right hates on a handful of mostly Jewish thinkers.

Ben Garrison, the cartoonist, is himself a conspiracy theorist.

It’s hardly surprising that Ron Paul is peddling this nonsense. Ron Paul’s version of libertarianism has been a major gateway bringing in racism and alt-right theories into the Republican Party. This goes back to the days of the Ron Paul Newsletter in the early 1990s, which published stridently racist articles. The Newsletter was influence by theorist Murray Rothbard, who believed that racism was a way for libertarianism to gain a mass audience. That strategy helped pave the way for Trumpism.