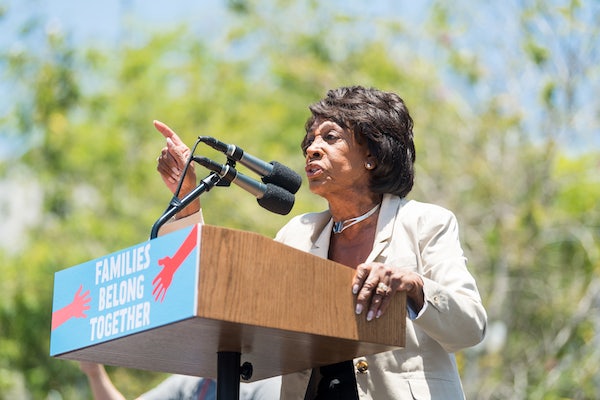 The Democratic Party is on an identity quest.

Donald Trump was supposed to bring about a GOP crack-up that never materialized. Instead, it’s the Democrats who are riven by internal feuds. As Matthew Continetti observes in a Free Beacon column:

The only civil war happening at the moment is within the Democratic Party. The old-guard corporatists are under attack from activists with radical goals and immoderate tempers. You can trace a line from Occupy Wall Street in 2011 through Black Lives Matter in 2013 through Bernie Sanders in 2016 through the Women’s March a year later, Tom Steyer and Maxine Waters’s impeachment campaigns, the growing prominence of Democratic Socialists of America, and the movement to abolish Immigration and Customs Enforcement today.

There’s much truth here, but the narrative of “the collapse of the center-left” is overstated. Also unconvincing is Continetti’s explanation that the main cause of this supposed collapse is immigration politics.

The center-left is on the defensive, but it still holds the main levers of power. After all, Nancy Pelosi and Chuck Schumer remain the leaders of the Democratic Party, not Maxine Waters or Bernie Sanders.

A more balanced assessment would be that the Democrats are going through the typical turmoil of a defeated party. It follows the same pattern as the Republican re-orientation after losing twice to Barack Obama, with a hard-right anti-immigration base bucking the establishment to pick Donald Trump. In the case of the Republicans, there was a lot of drama, and some Never Trump people ended up leaving the party, but most Republican leaders stayed around and made their peace with the new dispensation.

Something similar is likely to happen to the Democrats. The current civil war is likely to be of brief duration as party leaders learn to live with the more robust politics of the energized base.