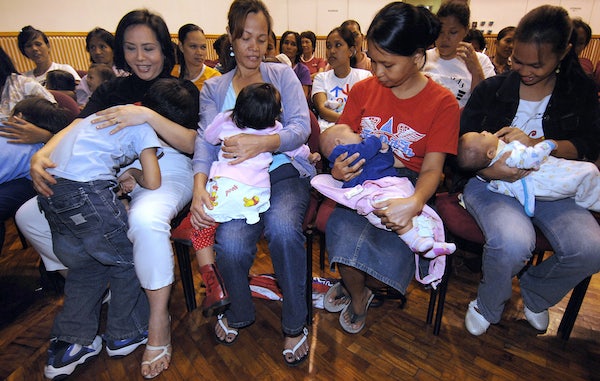 The Trump administration takes a bold stance against mother’s milk.

“Based on decades of research, the resolution says that mother’s milk is healthiest for children and countries should strive to limit the inaccurate or misleading marketing of breast milk substitutes,” The Times reported. “Then the United States delegation, embracing the interests of infant formula manufacturers, upended the deliberations.”

The American push against the resolution targeted Ecuador for punishment. As The Times notes, “The Americans were blunt: If Ecuador refused to drop the resolution, Washington would unleash punishing trade measures and withdraw crucial military aid. The Ecuadorean government quickly acquiesced.” An Ecuadorian official told the newspaper, “We were shocked because we didn’t understand how such a small matter like breast-feeding could provoke such a dramatic response.”

The resolution did eventually pass, thanks to support from the Russian government.

The use of American military and economic might to protect corporate interests has ample precedence of course. Indeed, Huffington Post reporter Zach Carter specifically cites the Clinton and Obama administrations as precursors:

Carter is right to place the current story in a broader context of American trade policy. Still, even with that context, the Trump administration’s action are extreme. According to The Times, “The intensity of the administration’s opposition to the breast-feeding resolution stunned public health officials and foreign diplomats, who described it as a marked contrast to the Obama administration, which largely supported W.H.O.’s longstanding policy of encouraging breast-feeding.”