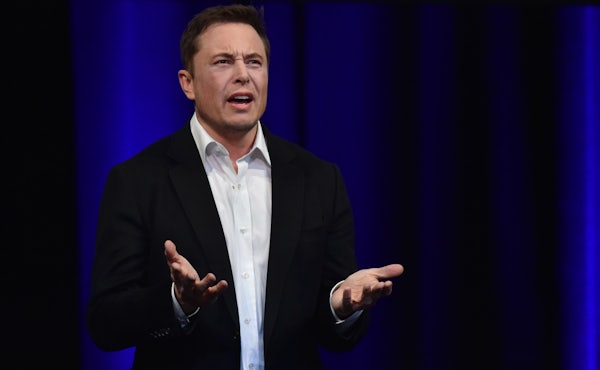 The second successful day of rescue operations to free a Thai soccer team trapped in a cave for two weeks ended on Monday. Eight boys have been rescued thus far, leaving four and the team’s coach in the cave.

A day before the rescue operation began, PayPal founder Elon Musk tweeted that he was building a “tiny, kid-sized submarine.”

Engineers from three of Musk’s companies—SpaceX, Tesla, and Boring Company—were planning on traveling to Thailand to assist with “location tracking, water pumping, or battery power,” but their trip was cancelled when rescue operations began on Sunday.

The impulse to help is good, but what Musk and his engineers can actually do in this situation is unclear. “With all due respect to Mr. Musk, I am not sure that he or his engineers have a real good handle on exactly what they’re dealing with in this particular situation,” Anmar Mirza of the National Speleological Society’s National Cave Rescue Commission told Slate. “The teams working are already doing as much pumping as can feasibly be done in there. They have enough pumping power.” Other experts have cast doubt on the submarine’s ability to withstand water pressure or “survive being swept or banged against the rough surface of the cave system.”

It’s hard to imagine that the Thai government would risk the lives of these boys on a prototype submarine that had been invented days earlier. Though its mission is risky, it has placed its trust in expert divers and so far it has been successful. For now it’s hard not to see the mini-submarine as anything more than a publicity stunt.