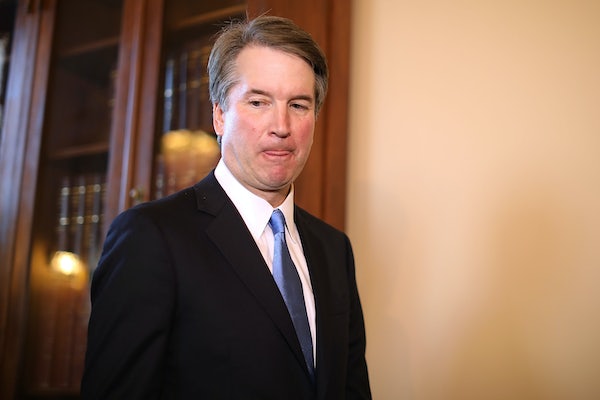 In a front-page profile of Donald Trump’s Supreme Court nominee, the Times argues that “In his professional life, before he became a judge, he was often a moderating force.” The evidence the newspaper adduces to support this conclusion is less than stellar:

Working for Mr. Starr, Judge Kavanaugh concluded that [Vince Foster] had in fact killed himself. He opposed the public release of the narrative portions of Mr. Starr’s report detailing Mr. Clinton’s encounters with a White House intern. As staff secretary to Mr. Bush, he said in 2006, he strived to be “an honest broker for the president.”

Accepting the fact that Voster Foster killed himself (and was not murdered by the Clintons) is not a mark of moderation. It is a mark of sanity itself. Only right-wing extremists reject the consensus view of Foster’s death.

Further, while Kavanaugh might have wanted to keep salacious parts of the Starr report private, he himself fully participated in the independent counsel’s push to uncover the most lurid details of Bill Clinton’s sexual activities.

Finally, Kananaugh’s claim that he aspired to be an “honest broker” deserves the same skepticism of all self-praise. In short, none of the evidence provided that Brett Kavanaugh is “a moderating force” is at all convincing.