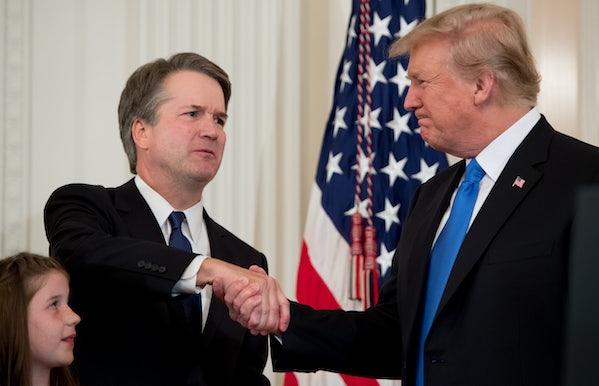 Trump won’t like Brett Kavanaugh’s position on independent investigations of the White House.

As historian Rick Perlstein points out on Twitter, in 1997 Kavanaugh, then working for independent counsel Ken Starr’s investigation into President Bill Clinton, wrote an article for The Georgetown Law Journal warning of the dangers of a chief executive undermining the rule law by discrediting his or her accusers. Kavanuagh feared that a “sustained presidential (and presidentially directed) criticism of an independent counsel eventually will have an impact on a large percentage of citizens.... A truly energetic political campaign to destroy the credibility of an independent counsel is an effort to obtain a hung jury, and there is a real danger that it will work in all but the most clear-cut cases of guilt.”

These words are worth revisiting now that Kavanaugh has been nominated by President Donald Trump to the Supreme Court. Kananaugh remarks were clearly aimed at the Clinton administration, which did cast aspersions on the Starr investigation as a politicized attack that went beyond the limits of its inquiry. But nothing the Clinton White House did comes anywhere near the constant barrage of conspiracy mongering that Donald Trump is using against special counsel Robert Mueller.