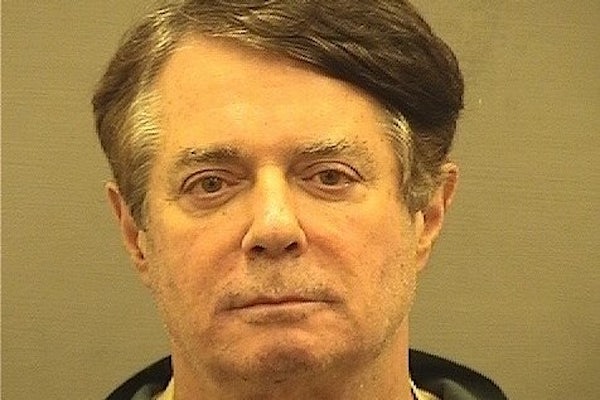 On Wednesday, Federal Judge T.S. Ellis ordered Paul Manafort, former campaign chairman for Donald Trump, to be moved from Northern Neck Regional Jail in Warsaw, Virginia, to an Alexandria, Virginia detention facility. Manafort is in jail pending his trial for a variety of money laundering charges. He was denied bail because of attempted witness tampering.

In ordering the move, the judge wrote “the professionals at the Alexandria Detention Center are very familiar with housing high-profile defendants including foreign and domestic terrorists, spies and traitors.”

Manafort’s time at Northern Neck Regional Jail was controversial. The government claimed in filings that Manafort, a key figure in Special Counsel Robert Mueller’s investigation into Russian interference in the 2016 election, was enjoying VIP amenities:

Among the unique privileges Manafort enjoys at the jail are a private, self-contained living unit, which is larger than other inmates’ units, his own bathroom and shower facility, his own personal telephone, and his own workspace to prepare for trial. Manafort is also not required to wear a prison uniform. On the monitored prison phone calls, Manafort has mentioned that he is being treated like a “VIP.”

The filings also accuse Manafort of exploiting these privileges by using his laptop to smuggle emails out of jail:

Although the jail does not allow prisoners to send or receive emails, Manafort appears to have developed a workaround. Manafort has revealed on the monitored phone calls that in order to exchange emails, he reads and composes emails on a second laptop that is shuttled in and out of the facility by his team. When the team takes the laptop from the jail, it reconnects to the internet and Manafort’s emails are transmitted.

Both the court and the special counsel seem to have lost patience with Manafort’s antics. He’ll be more restricted at his new digs.