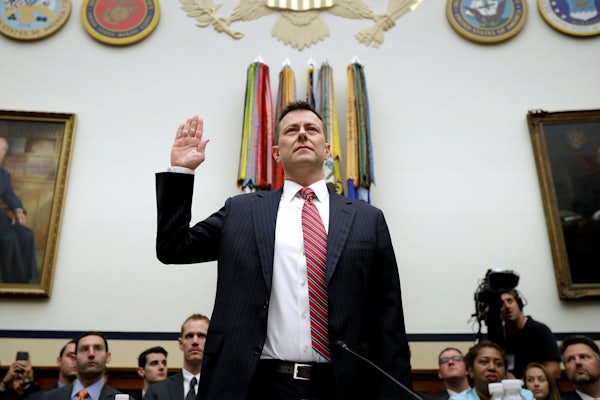 The House Judiciary hearings into Russia investigation have become a circus.

Republican lawmakers were hoping to score points off FBI agent Peter Strzok by interrogating him on text messages where he disparaged President Donald Trump. The intent was to show that Strzok, was involved in the Russia investigation until a year ago, was biased, and that the investigation itself is a political witch hunt. Unfortunately for the Republicans, Strzok turned out to be an unflappable witness and impressively made the case that his personal beliefs about Donald Trump’s fitness for office, which were widely shared by Republicans as well as Democrats, did not influence the investigation.

As the hearings proceeded, Republicans became angrier and angrier. The low point of the afternoon came when Texas congressman Louie Gohmert started delving into Strzok’s private life. “I can’t help but wonder, when I see you looking there with a little smirk, how many times did you look so innocent into your wife’s eyes and lie to her about....” Gohmert was here cutoff. Democrats started yelling out that this was shameful and a harassment of the witness. Democratic Congresswoman Bonnie Watson Coleman told Gohmert, “You need your medication.”

It’s hard to imagine, watching the bizarre episode, that these hearings will produce much value for understanding the Russia investigation.