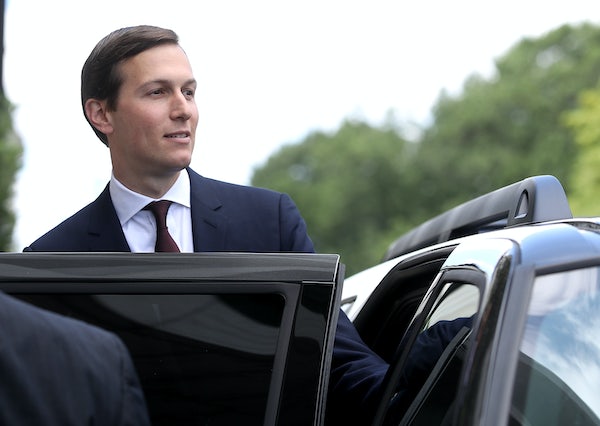 Kushner’s tenants claim exposure to lead, falling rodents, and a “cloud of toxic smoke and dust.”

A $10 million lawsuit filed Monday by a group of tenants in New York alleges that under the watch of Jared Kushner, President Donald Trump’s son-in-law, Kushner Companies led a harassment campaign to convert rent-stabilized units into luxury condos in Brooklyn’s Williamsburg neighborhood.

Following Kushner’s $275 million purchase of the waterfront building in 2015, tenants reported rent hikes of over $500 a month or more, periodic flooding, hot water shut-offs, broken windows, falling rodents, exposure to lead, and other illegal conditions. Last February, one tenant posted a YouTube video of a mouse infestation that had spread to a baby’s crib.

As a result, according to an Associated Press investigation, over 75 percent of the building—more than 250 rent-stabilized units—was vacated or sold over the past three years. The sales have averaged $1.2 million per apartment. “You have to be ignorant or dumb to think this wasn’t deliberate,” Barth Bazyluk, a tenant who vacated his apartment with his wife and baby daughter last December, told the AP.

It is not uncommon for New York City landlords, in seeking to convert rent-stabilized units into luxury apartments, to refuse to make repairs and otherwise expose tenants to other unlivable conditions. But Aaron Carr, the director of a tenant-rights non-profit whose investigation sparked the lawsuit, said, “We’ve looked into hundreds of rent-stabilized buildings and this is one of the worst we’ve ever seen.”