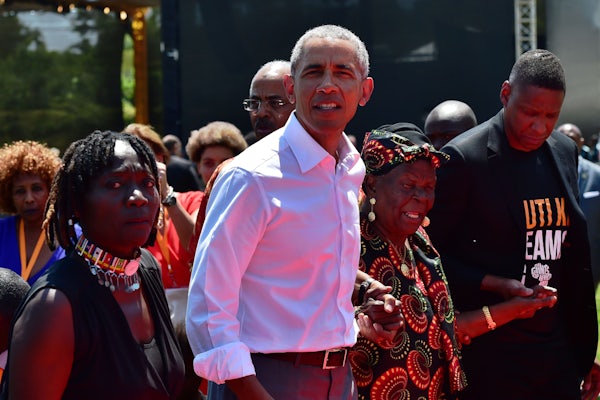 In delivering the Nelson Mandela Annual Lecture today in Johannesburg, South Africa, former President Barack Obama warned about the rise of right-wing nationalism around the world. “Strongman politics are ascendant, suddenly,” he said. “Those in power seek to undermine every institution or norm that gives democracy meaning.”

“Look at history. Looks at the facts,” he said. “The fact that countries which rely on rabid nationalism and xenophobia and doctrines of tribal, racial, or religious superiority as their main organizing principle—the thing that holds people together—eventually those countries find themselves consumed by civil war or external war. Check the history books.”

Obama also criticized “unbridled, unregulated capitalism,” adding that we must “recognize all the ways that the international order has fallen short of its promise.” And he closed his speech with a reminder of the anti-apartheid leader’s legacy: “Madiba reminds us that people must learn to hate. And if they can learn to hate, they can be taught to love.”