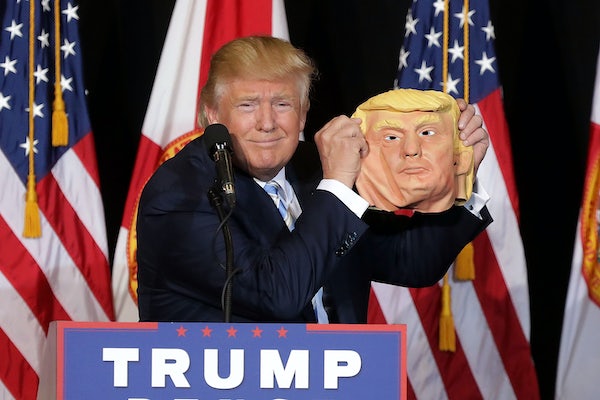 On Feb 24 2016, Facebook gave users five more emotions: “love,” “anger,” “wow,” “sad” and “haha.” (As Mark Zuckerberg finally realized, not everything is likable.) In an increasingly polarized America, social media aficionados could now respond, for example, to posts created by members of Congress with white hearts and frowning, red-faced emojis. But, according to a Pew Research Center analysis on Facebook users reactions to lawmakers’ posts, released on Wednesday, “anger” began topping “love” only after the 2016 election.

From the launch of these new reactions until Election Day, the congressional Facebook audience responded to lawmakers’ posts with the “angry” button 3.6 million times. Yet following the election, in the same amount of time, use increased to 14 million. By analyzing 360,173 individual posts from February 2016 to July 2017, Pew Research Center found that the use of the “angry” button had increased by 385 percent, compared with 169 percent for “love.”

Nowhere was the emoji’s widespread use more palpable than at a press conference with then-White House Press Secretary Sean Spicer in January 2017, where a sea of angry faces flooded the event’s Facebook Live footage. This was his first official address as Trump’s Press Secretary and he began the job by lying about the size of the inauguration crowds: “I am saying that it was the total largest audience witnessed in person and around the globe,” Spicer said. According to the Pew Research report, the anger emoji beat out the love emoji shortly following the inauguration.

It would be easy to see the rise of the “anger” emoji as indicative of purely Democratic rage. However, another reason for the increased use is the way both Democrats and Republicans have begun to use Facebook. After Trump’s election, Democratic legislators’ opposition on Facebook spiked, with another Pew Research Center analysis showing they expressed their opposition five times more, while Republicans posted support twice as much. The new emojis, it seems, have become a way to visualize an increasing political divide.