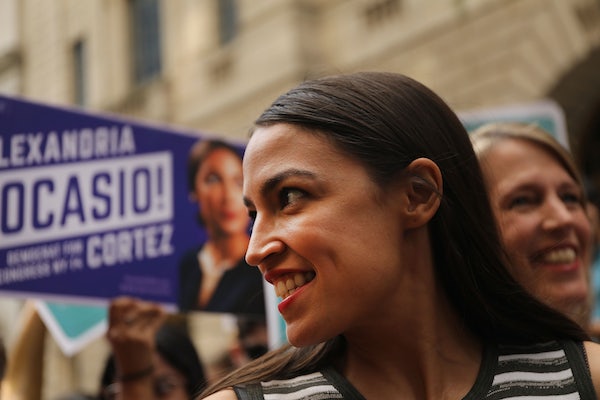 The GOP thinks “Abolish ICE” is going to hurt Democrats.

The House on Wednesday voted on a GOP measure in overwhelming support of U.S. Customs and Immigration Enforcement (ICE), following a chorus of calls by progressive Democrats to dismantle the agency.

With the resolution passing on a 244-35 vote—18 Democrats voted in favor of the agency, while 34 voted against the measure—the GOP strategically exposed a division within moderate and progressive wings of the Democratic Party. The remaining 133 Dems voted present, withholding their vote at the behest of party leaders, including House Minority Leader Nancy Pelosi and members of the Congressional Hispanic Caucus, who have refrained from jumping on the “Abolish ICE” bandwagon.

“The campaign against ICE is the latest rallying cry for open borders, the latest call to prioritize illegal immigrants over American citizens,” said Rep. Clay Higgins (R-LA), who sponsored the bill, in the House debate on Wednesday.

The movement to eliminate ICE, the agency established under the Department of Homeland Security by George W. Bush in 2003, has gained traction among some high-profile Democrats following the upset victory of Alexandria Ocasio-Cortez over ten-term incumbent Joe Crowley of New York in June. Ocasio-Cortez made the elimination of ICE a central part of her campaign during the family separation crisis on the U.S.-Mexico border. New York City Mayor Bill de Blasio as well as Senator Kirsten Gillibrand have joined the rallying cry.

In attempting to make Democrats take a stand on ICE, Republicans apparently think a vote against the agency could hurt their opponents in the midterms. Polls show that a majority of voters believe ICE should stay.