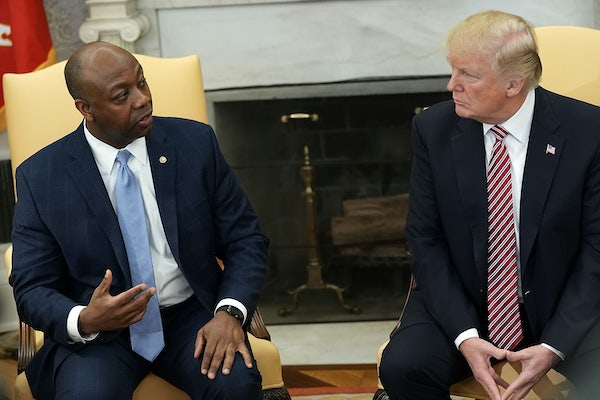 A Trump judicial nominee was pulled for his college rants on race and sexual assault.

Senate Majority Leader Mitch McConnell on Thursday withdrew Ryan Bounds, who had been nominated for the Ninth Circuit Court of Appeals, after Republican Senator Tim Scott objected to articles from Bounds’s university days.

As a student at Stanford University, Bounds wrote that multicultural organizations and on-campus activism “divide up by race for their feel-good ethnic hoedowns,” act as a “pestilence” that “threatens to corrupt our scholastic experience,” and “contribute more to restricting consciousness, aggravating intolerance, and pigeonholing cultural identities than many a Nazi bookburning.” He also argued against expelling students accused of sexual assault, claiming that the punishment is “probably not going to contribute a great deal toward a rape victim’s recovery.”

Bounds, a prosecutor in Portland, Oregon, was nominated back on September 7. Judiciary Committee Chair Chuck Grassley, ignoring the “blue slip” process, went ahead with confirmation hearings over the objections of Bounds’s home-state senators, Democrats Jeff Merkley and Ron Wyden. After Senate debate on Bounds’s nomination concluded yesterday, the Willamette Week reported that he was “likely to win the confirmation.”