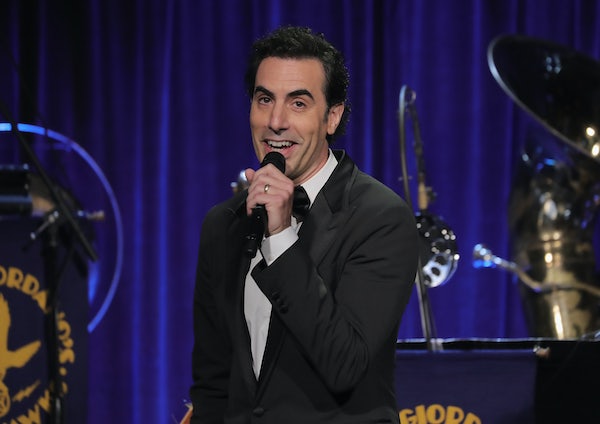 Yelling the n-word and dropping your pants on camera still carry a price in American politics.

Georgia state Rep. Jason Spencer has resigned after being tricked by television prankster Sacha Baron Cohen. On his Showtime series Who is America?, Cohen pretended to be an Israeli counter-terrorist expert offering training in fending off Islamic extremists. This ridiculous cover story allowed Cohen to induce Spencer and an array of other politicians to do extremely embarrassing acts.

As The Washington Post reports, “As part of the ‘training,’ Spencer yelled the n-word multiple times while learning how to ward off a kidnapper; offered an offensive portrayal of a ‘Chinese tourist’ while using a selfie stick to take pictures up a Muslim actor’s robe to check for a gun, and, lastly, dropped his pants and chased Cohen around threatening to touch him with his buttocks, which he was told would ‘intimidate’ terrorists.”

The Spencer fiasco shows how fluid political accountability is in America. After all, the president of the United States is guilty of all sorts of transgressions, ranging from boasting on tape of sexual assault, to making repeated racist comments in private and public, to trying to influence Department of Justice investigations, to threatening nuclear war via Twitter.

Given Trump’s behavior, it’s an open question how much other politicians can get away with. “Racism and its violent outgrowths are certainly more prevalent now compared to a decade ago, and that is on purpose,” Jamil Smith notes in Rolling Stone. “But what price has this administration and the GOP at large truly paid for this behavior?”

This is a pressing question. For now, we can say that Spencer’s obscene antics were a step too far but Trump himself continues to enjoy a strange impunity.