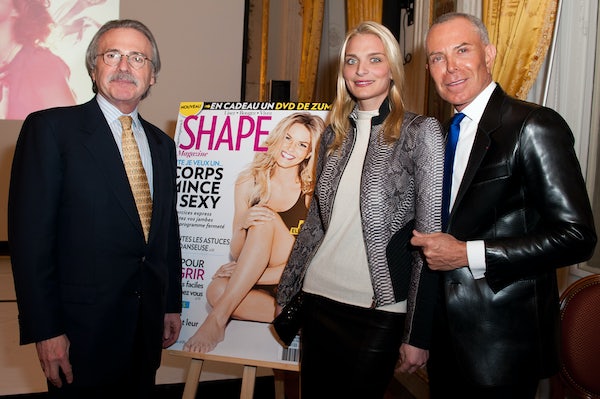 Trump has a mutually back-scratching relationship with The National Enquirer.

With former Trump lawyer Michael Cohen now seemingly co-operating with the Mueller investigation and also talking to the press, we’re learning more about the president’s connections with The National Enquirer and David Pecker, the CEO of its parent company American Media Inc. (AMI). In an audio released on Tuesday by CNN, Cohen referred to Pecker as “our friend David.”

As the Wall Street Journal reports, Michael Cohen acted as the mediator between Pecker and Trump in a complex relationship that stretches back many years:

In previously unreported interactions, some of which are memorialized in emails now under review, Mr. Cohen mediated a dispute between Omarosa Manigault-Newman, who had been a star on Mr. Trump’s “Apprentice” reality TV show, and the Enquirer over a story about her brother’s murder. He intervened in a separate legal case on behalf of David Pecker, chief executive of Enquirer parent American Media Inc. And when American Media paid a doorman who alleged that Mr. Trump fathered a child with an employee, a company executive ordered reporters to stop investigating after speaking with Mr. Cohen.

The revelations show a relationship characterized by mutual benefit and favor-trading on a greater scale than was previously known. The shared history could expose American Media, Mr. Cohen and by extension, Mr. Trump, to criminal campaign-finance charges. For example, federal agents and prosecutors in New York are investigating whether Mr. Cohen, acting as Mr. Trump’s representative, improperly coordinated with American Media to keep an ex-Playboy model’s account of an affair with Mr. Trump under wraps in the months before the 2016 presidential election, people familiar with the matter said.

The Wall Street Journal here focuses on possible legal irregularities. Other publications, including The New Republic, have used that framework as well.

But the new information raises wider issues. What the newspaper’s reporting shows is that even apart from any possible campaign violations, the president has a deeply troubling relationship with a major media firm. The National Enquirer has gathered damaging information on Trump and he has reason to be grateful that they are keeping it under wraps. The open question becomes what favors Trump might be called upon to do in the future in order to repay this debt. This is a question that goes beyond what is legal and into the realm of political morality.

There’s more than one kind of vulnerability and risk to consider in situations such as this one.