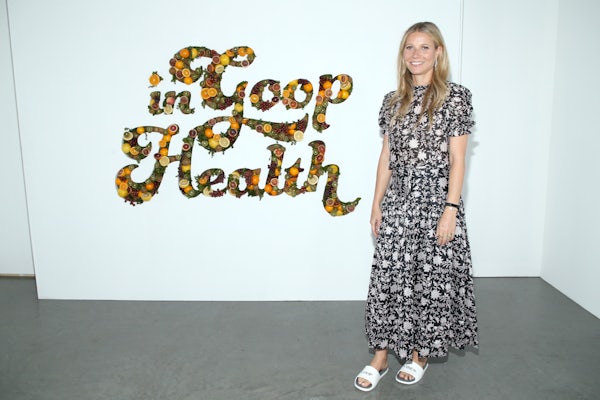 Gwyneth Paltrow would rather not be fact-checked.

In The New York Times Magazine, Taffy Brodesser-Akner has written a splendid profile showing how the actress leveraged her celebrity to create a second career as a wellness advisor through her company Goop. Started in 2008 as a simple newsletter for sharing advice on products she liked, Goop became “a clothing manufacturer, a beauty company, an advertising hub, a publishing house, a podcast producer and a portal of health-and-healing information, and soon it would become a TV-show producer. It was a clearinghouse of alternative health claims, sex-and-intimacy advice and probes into the mind, body and soul. There was no part of the self that Goop didn’t aim to serve.”

The big selling point of Goop is Paltrow herself, her robust and confident public persona being the very embodiment of wellness. Regrettably, Paltrow is wary of fact-checking the health advice about the healing powers of gems and crystals she so freely shares. Dr. Jen Gunter, a San Francisco gynecologist and obstetrician, has written 30 blog posts debunking many Goop claims.

“From tampons to tomatoes to toxic lube your website is a scare factory. Literally,” Gunter wrote in a May 2007 post.

It’s either made up (often poorly, but with liberal use of the word toxin) or someone’s hypothesis with little to no supporting data. Tampons are not vaginal death sticks, vegetables with lectins are not killing us, vaginas don’t need steaming, Epstein Barr virus (EBV) does not cause every thyroid disease, and for fuck’s sake no one needs to know their latex farmer what they need to know is that the only thing between them and HIV or gonorrhea is a few millimeters of latex so glove that shit up.

When Paltrow teamed up with Condé Nast last fall to create Goop magazine, the wellness entrepreneur immediately had a falling out over the publisher over fact-checking. “Goop wanted Goop magazine to be like the Goop website in another way: to allow the Goop family of doctors and healers to go unchallenged in their recommendations via the kinds of Q. and A.s published, and that just didn’t pass Condé Nast standards,” Brodesser-Akner notes. “Those standards require traditional backup for scientific claims, like double-blind, peer-reviewed studies.”

Goop and Condé Nast have broken off their partnership. Now published in-house, Goop magazine doesn’t have fact checkers, although Paltrow says it will hire some in September as part of its “necessary growing pains.”

Commenting on the profile on Twitter, magazine writer Clive Thompson argues that this dispute illustrates a core problem with Paltrow’s wellness advice:

If Goop is, as Thompson suggests, peddling conspiracy theories and fake news, it poses the same problem as political disinformation: there’s a class of followers who will believe the message now matter how often it is refuted.