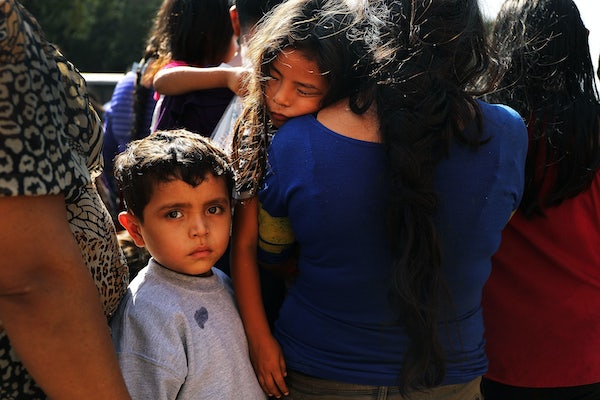 The White House is rushing to meet its family reunification deadline—and that’s not entirely a good thing.

The Trump administration is scrambling today to reunite the remaining separated migrant families who have been deemed “eligible” for reunification. Department of Homeland Security Secretary Kirstjen Nielsen said in a meeting with members of Congress yesterday that the government is on track to meet the court-ordered deadline of 6pm to reunite approximately 1,600 parents with their children. Lawmakers reportedly said that Nielsen provided no statistics to back up the assertion. If DHS fails to meet the deadline, it will likely face few repercussions: A federal judge can just extend it.

But even if it does meet this goal, there will remain over a thousand parents who have not received clearance to reunite with their children. Some have been deemed ineligible after failing criminal background or parental verification checks. Others have already been, or are scheduled to be, deported without their children. Court documents filed on Wednesday by the American Civil Liberties Union, in support of a motion to stay deportations of parents still separated from their children, asserted that many parents who had allegedly waived their right to reunification had not done so intentionally. According to the report, many parents had been rushed to sign the documents without legal advice, and sometimes without translation.

“The only deadline they are meeting is the one they have set for themselves,” Lee Gelernt, lead counsel for the ACLU, told The New York Times. “The government should not be getting applause for cleaning up their own mess, but moreover, they’re still not meeting the deadline for all the families.”