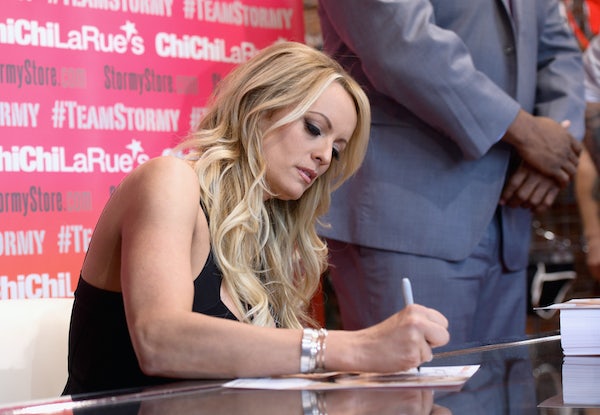 Was the arrest of Stormy Daniels preplanned?

The Lafayette Advocate reports that a whistleblower is providing evidence that the early July arrest of Stephanie Clifford, who performs under the name Stormy Daniels, on charges of fondling clients at a strip club in Ohio, was a targeted sting operation. Previously police claimed that the arrest was the outgrowth of an ongoing investigation into human trafficking.

The documents cited by The Lafayette Advocate call into question the credibility of the police account:

Inside the emails are news clippings discussing Daniels’ planned appearance in Columbus, pictures of Daniels with President Donald Trump, videos of her dancing, and even a map to the club where she would be performing, all sent days before she would pull into town on her tour bus.

The bulk of the emails that the whistleblower provided are from the email account of Detective Shana Keckley. Keckley was one of the lead-arresting officers the night that the “sting” operation went down.

The emails from Keckley are particularly damaging to the police narrative. In one email, Keckley boasts “we arrested Stormy this morning, she is in jail.” In another, Keckley brags to a fellow officer, “You’re Welcome!!!!!….Thank me in person later.”