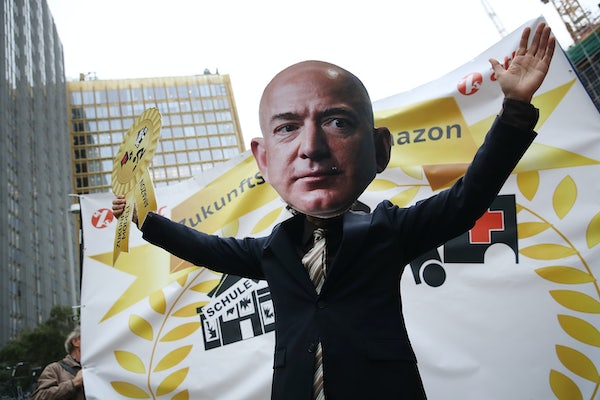 Amazon is marketing a surveillance tool called “Rekognition” to law enforcement agencies, promising that it can allow police to compare video footage with mug shot databases in order to quickly identify criminals. But the technology carries all sorts of civil liberties risks, as the ACLU demonstrated when they conducted a test with it. The civil rights organization ran photos of all 535 members of congress through Rekognition and found that it wrongly matched 28 of them with people arrested for crimes.

“The members of Congress who were falsely matched with the mugshot database we used in the test include Republicans and Democrats, men and women, and legislators of all ages, from all across the country,” the ACLU notes. “The false matches were disproportionately of people of color, including six members of the Congressional Black Caucus, among them civil rights legend Rep. John Lewis (D-Ga.). These results demonstrate why Congress should join the ACLU in calling for a moratorium on law enforcement use of face surveillance.”

The ACLU test shows how easily Rekognition could lead to bad results. It’s easy to imagine scenarios where police body cameras misidentify people as having previous records, leading to wrongful searches and arrests. As the ACLU further argues, “Face surveillance also threatens to chill First Amendment-protected activity like engaging in protest or practicing religion, and it can be used to subject immigrants to further abuse from the government.”