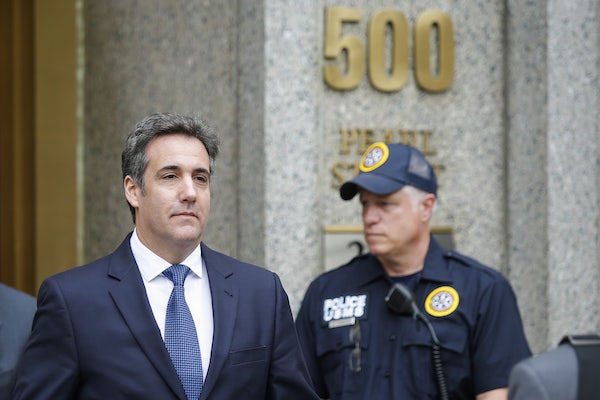 CNN reports that the president’s former lawyer “claims that then-candidate Trump knew in advance about the June 2016 meeting in Trump Tower in which Russians were expected to offer his campaign dirt on Hillary Clinton, sources with knowledge tell CNN. Cohen is willing to make that assertion to special counsel Robert Mueller, the sources said.”

With his new assertions of Trump’s foreknowledge of collusion, Cohen has made himself front and center of the Russian investigation. The issue will now be whether Cohen, who was until recently a fervent supporter of the president, is credible. Rudy Giuliani, Trump’s current lawyer, went on CNN to impugn Cohen’s trustworthiness:

As Talking Points Memo publisher Josh Marshall notes, Giuliani is making the paradoxical argument that he has witnesses who will deny a meeting that he claims never took place.

Further, contra to Giuliani’s claims, Cohen is not alone in making these claims. Earlier this year Sam Nunberg, also a close confidant of Trump, made the same claim in March of 2018:

Between Cohen and Nunberg, there might be enough testimony to cause Donald Trump some serious heartaches.