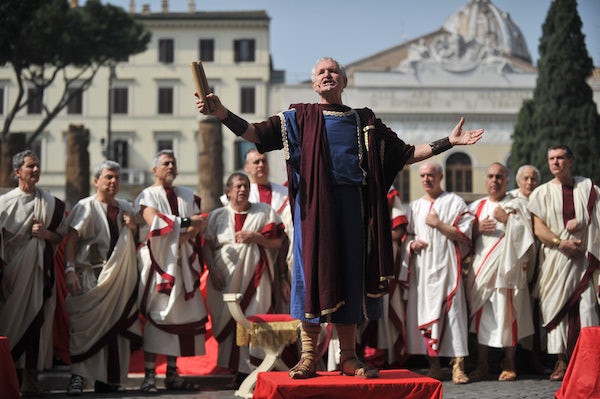 Interviewed by CNN on Monday morning, the former mayor of New York went on a long rampage against the president’s former lawyer Michael Cohen. Giuliani called Cohen a “scumbag” and compared Donald Trump to a Shakespearean hero betrayed by his associates. “He turned out to have a close friend betray him, like Iago betrayed Othello, like Brutus put the last knife into Caesar,” Giuliani reflected. “It happens in life, that you get double-crossed.”

Brutus and Iago both betray close friends, but they are not otherwise alike. Brutus was motivated by idealism, believing that Caesar was a would-be dictator who would destroy the Roman Republic. Iago, by contrast, was motivated by pure envy and spite. Giuliani’s own speculations about Cohen’s motives (that the lawyer was stung by not getting a White House job and jealous of the president’s children) does follow a pattern close to Iago.

But in any case, these analogies do little credit to Trump. If Cohen is Brutus or Iago then Trump is Caesar or Othello. Which means Trump is either an aspiring tyrant or he’s so foolish that he can easily be manipulated into self-destruction by an underling.