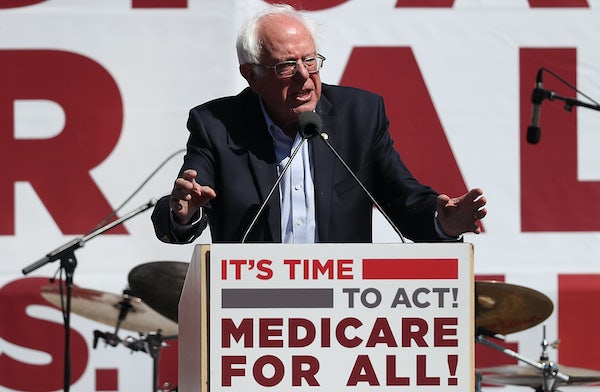 The Mercatus Center, a libertarian think tank funded by the Koch Brothers, has done a cost analysis of the Medicare For All bill put forward by Bernie Sanders. The report concluded it would cost $32.6 trillion over ten years. Speaker of the House Paul Ryan voiced the common conservative response that this was a prohibitively expensive proposal:

But as Matt Bruenig pointed out in Jacobin, this sum would be a saving of over $2 trillion from what the United States as a whole would spend under the existing system.

The Mercatus report has had a predictably polarized response, with liberals denouncing it and conservatives defending the think tank:

Both sides are wrong here. Liberals should welcome a report that shows Medicare For All is a great bargain, while conservatives might want to find another source for their campaign against universal health care.