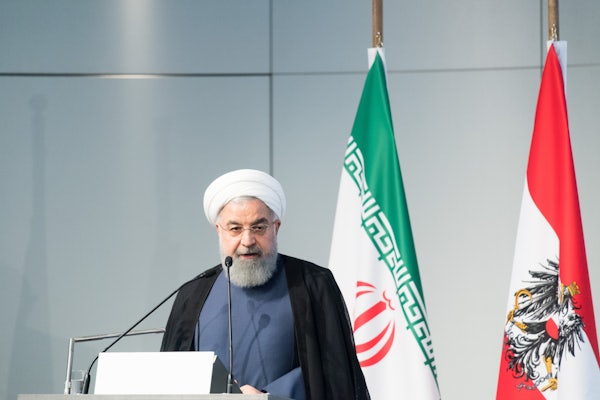 At a press conference on Monday, the president said he’d be willing to meet Iranian President Hassan Rouhani at the drop of a hat. “No preconditions,” Trump asserted. “If they want to meet, I’ll meet. Anytime they want.”

This openness to diplomacy is admirable and follows the pattern set by Barack Obama, who also said preconditions are not necessary for meetings with foreign adversaries like North Korea. But it should be noted that this development strikingly resembles President Trump’s pattern with North Korea: first creating a crisis, and then using meetings as a way to present himself as a necessary problem solver.

With both North Korea and Iran, Trump has used Twitter to make threats of nuclear war. In the case of Iran, the violent words were combined with breaking a nuclear arms control deal. These threats are followed by conciliatory gestures indicating a willingness to hold discussions. In effect, Trump is using a Good-Cop/Bad-Cop routine but one in which he is both the good and bad cop. His eagerness to sit at the bargaining table is praise-worthy but we should never forget that the crisis he is defusing is one of his own making.