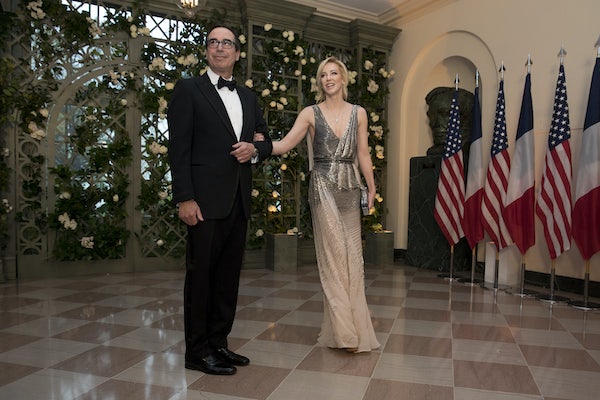 The Trump administration ponders another big tax cut to the very rich.

The New York Times is reporting that the Trump administration is looking into changing the rules for the taxing of capital gains, a move that would create a $100 billion windfall that would mainly benefit the top 0.1 percent of the tax bracket. “Steven Mnuchin, the Treasury secretary, said in an interview on the sidelines of the Group of 20 summit meeting in Argentina this month that his department was studying whether it could use its regulatory powers to allow Americans to account for inflation in determining capital gains tax liabilities,” The Times observes.

The most notable aspects of this policy proposal are that it would be a major change in taxation done without legislation. As such, it would be open to a court challenge for overstepping congressional rights to set tax policy.