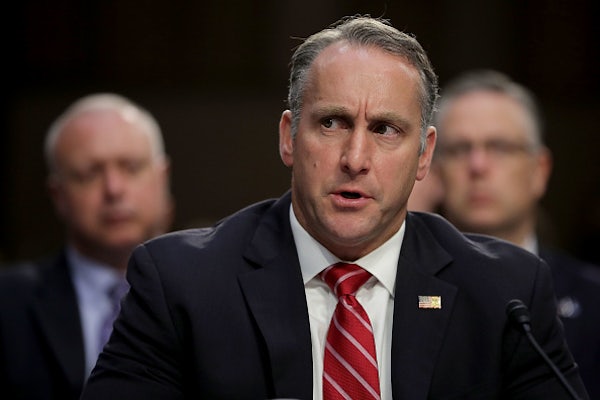 What kind of summer camps did ICE officers frequent as children?

During a Senate Judiciary Committee hearing Tuesday, Immigrations and Customs Enforcement executive associate director Matt Albence claimed “the best way to describe [the Family Residential Centers],” where immigrant children have been detained without their parents, “is to be more like a summer camp.”

In fact, The New York Times reported that while more than 1,800 children have been reunited with their parents in the administration’s response to its unpopular family separation policy, many had returned traumatized from their experiences showcasing signs of introversion, regression, anxiety, and other mental health issues. One five-year-old boy, after being separated from his mother for 50 days, pleaded to be breast-fed even though he hadn’t nursed in years, while a three-year-old pretended to vaccinate and handcuff people around him. The Nation also reports that a six-year-old girl was allegedly sexually abused at a Southwest Key Programs-run Arizona detention facility.

Plus, he added proudly, “When they leave an FRC, they leave with seven sets of clothing for each individual.”

These details are unlikely to convince critics concerned about the long-term effects of traumatic family separation for your children. As Luana Biagini, a paralegal working with reunited Brazilian families tells The Times, “These kids don’t want to be without their mothers; it triggers a feeling of abandonment, or that their mother will be taken away from them.”