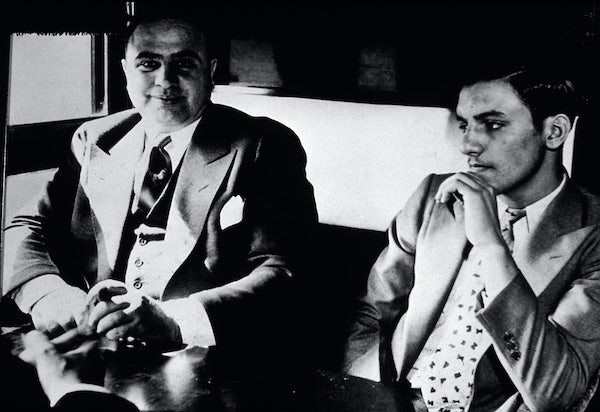 Al Capone is not the best guy to bring up in an attempt to obstruct justice.

On Wednesday, the president returned to tweeting on a familiar theme that special counsel Robert Mueller’s ongoing investigation into Russian interference in the 2016 election is a witch hunt. But Trump did so with a new urgency:

These tweets could be seen as an attempt to interfere in an ongoing legal investigation. As the New York Times notes, “Presidents typically do not weigh in on ongoing Justice Department investigations, but Mr. Trump has been outspoken about his anger and frustration with the Russia investigation, which predates his presidency and was later taken over by Mr. Mueller. Mr. Trump has also said that he never would have made Mr. Sessions his attorney general if he knew Mr. Sessions would recuse himself from the Russia inquiry.”

The Capone tweet is remarkable for a number of reasons. First of all, the president misspelled “Alphonse.” In any case, Capone is usually known as Al.

More substantially, this is a strange analogy because it undermines the argument Trump is making. Capone was a gangster but the government couldn’t prove it, so they used the charge of income tax evasion to put him behind bars. This clearly parallels the way that Mueller is using money laundering charges to put the squeeze on Paul Manafort, likely in an effort to get him to provide evidence on Russian interference. Bringing up Capone cuts against Trump’s claim that Mueller is conducting a witch hunt because it reminds us that federal prosecutors often use the broad sweep of the law against offenders.