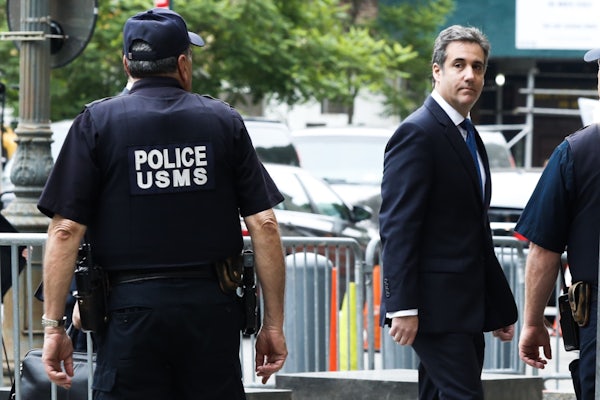 The Wall Street Journal is reporting that the president’s former lawyer was set to make as much as $10 million dollars from Trump donor Franklin L. Haney, contingent upon Cohen’s helped ensure that a nuclear power plant Haney was promoting in Alabama got built. Cohen would also receive a monthly fee for his lobbying efforts. The deal was made shortly before federal agents raided Cohen’s residences and workplaces in April. It is no longer operative since Cohen has broken with the president and seems ready to testify against him.

As the Journal notes, the deal is highly irregular:

James Thurber, a professor of government at American University, said success fees are “outside the ethical norms” among Washington lobbyists and are frowned upon. Century-old court rulings deemed fees contingent on lobbyists obtaining public funds or killing legislation unenforceable and counter to public policy, saying they encouraged corruption, he said. Several lobbyists contacted by the Journal said $10 million was an unheard-of sum to pay a consultant for government-related work.

Cohen is currently under investigation for unregistered lobbying.