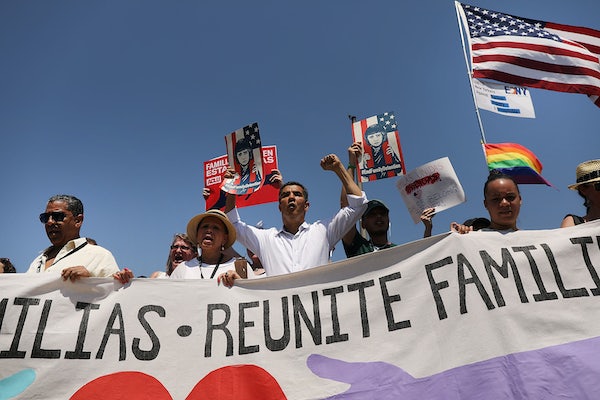 Politico is reporting that the Trump administration practiced a jiu-jitsu legal maneuver on Thursday with a court filing arguing that the responsibility for fixing the family separation policy rests with the American Civil Liberties Union, which represents families torn asunder by the the government’s actions.

In the filing, the Department of Justice argued that “Plaintiffs’ counsel should use their considerable resources and their network of law firms, NGOs, volunteers, and others, together with the information that defendants have provided (or will soon provide), to establish contact with possible class members in foreign countries.”

“The administration suggested that the ACLU find out whether the deported parents wish to be reconnected with their children, or whether they waive that option,” Politico notes.

The ACLU, in its court filing, disputed this attempt to shift responsibility and insisted the government “must bear the ultimate burden of finding the parents.”

The legal move follows the common pattern of the Trump administration of trying to place responsibility for the family separation crisis on a variety of other parties. On July 11, the president tweeted:

Now the ACLU joins the ranks of Democrats, Judges, “illegals” and traffickers in bearing blame for the problems growing out of the administration’s policy.